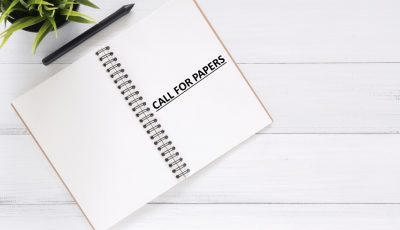 The thirty years since the end of the common Czech and Slovak state seems to be the longest period of stable continuous development in the modern history of both nations since 1918, unmarked by major historical breaks and discontinuities. The entry of Czechia and Slovakia into the European Union and the North Atlantic Alliance was a confirmation of the path taken in 1989 and 1993. The period of Vladimir Mečiar’s „illiberal democracy“ in Slovakia became just a small episode. The division of Czechoslovakia was also the last dramatic dilemma that the majority of its inhabitants intensely shared and experienced. Three decades constitute a sufficient distance from the events and processes of that time to allow contemporary historians to examine them in detail and in a broader context. The overall picture of the events surrounding the proclamation of the two independent republics has already been outlined and some of its important moments interpreted. Other issues are still a matter of dispute and await clarification.

To what extent was the division of Czechoslovakia a consequence of long-preserved problems of unitary state-law models and half-hearted federalism? To what extent were they triggered or accelerated by the new political, social and economic dynamics of post-November 1989 developments? And to what extent were these developments a resonance of the predatory wave of nationalism that disrupted all post-communist federations? Did the Czech and Slovak political elites fail to reach an acceptable compromise, despite hard negotiations, or was the division of the state a triumph of the will to power and pragmatism of some politicians? What were the economic costs and benefits of this radical state-building operation, and what was going on behind the scenes in the disputes over the division of federal property? What ideals and values did the two successor republics rely on in building a new statehood, which traditions, models and symbols were actualized or, conversely, which ones disappeared in the process? What has remained of Czechoslovak identity and how do both countries deal with the heritage of their common past?
How did the Czechoslovak divorce affect the everyday lives of people, what complications or benefits did it bring them? And have we, over the last thirty years, rid ourselves of mutual prejudices, misunderstandings, stereotypes and myths born out of our mutual coexistence, or are we piling more on top of them? For example, regarding the circumstances and causes of the division of Czechoslovakia?

We seek articles that analyse and reflect upon these and similar questions for the pages of Soudobé dějiny/CJCH and Historický časopis, to be published in 2023. In this joint project, we are not aiming to publish a single thematic issue, but we would like to include articles related to the round anniversary of the end of Czechoslovakia continuously in both journals throughout the year. We have chosen a „mirror“ format, whereby we will publish the contributions of Slovak authors in Soudobé dějiny/CJCH and the articles of Czech authors will find a place in the Slovak Historický časopis. We welcome essays, studies, reflections, as well as texts focused on discussion or polemics, not only from historians, but also from experts in the field of sociology, political science, economics, law, etc. Manuscripts in Czech, Slovak and English can be submitted continuously until September 2023. For publication in the first issues of 2023, the deadline for submission is 31 December 2022.