The book describes and analyses military service of Czechoslovak women in British army namely in ATS (Auxiliary Territorial Service) and WAAF (Women’s Auxiliary Air Force) units. First Czechoslovak women joined British armed forces in middle of 1941 and served directly on the British soil in the Army and Airforce bases. Other Czechoslovak women joined ATS and WAAF in the Middle East campaign since 1943. During the WWII more than two hundred Czechoslovak citizens served in the auxilliary units. Besides describing the course of WAAF/ATS recruitment, training, working set up and everyday life in the military, one of the main topics of the text is finding the reason behind the fact that women auxiliary unit was never created in the Czechoslovak Army. The text analyses the policy of the Czechoslovak exile institutions about involvement of women in the military environment and how the losses of soldiers were tackled in the Czechoslovak Army. The possible reason for not using women as a replacement for the deceased men soldiers was that the Czechoslovak Ministry of Defence wanted to integrate the soldiers with lower health classification into the positions in the auxiliary services. This approach might have been closely connected to the financial aspects, however other factors should be considered. Factors such as traditional thinking about the military service, reluctance to change the military regulations of the Czechoslovak army because of the participation of women as well as long-term prioritization of other military issues should be taken into account. The example of Czechoslovak women serving in the British Army shows that the opportunities of woman engagement in the struggle against Hitler, be it in the Army or the resistance, were noticeably influenced by the decisions of the Czechoslovak exile institutions. 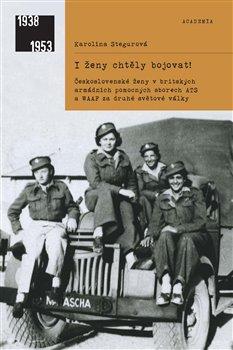