Thanks to the availability of archival sources and the growing time lag, the history of post-communist Europe is becoming more and more the subject of historical research, which connects knowledge from archival research with earlier knowledge of other social sciences. The course of post-communist economic reform in Central and Eastern Europe has been so far examined mainly by economists, who have assessed its individual bad and good implemented and timed steps, and other social sciences have dealt with it only indirectly. In contrast to the economic approach, the presented monograph focuses on the political background of one of the main components of economic reform in Czechoslovakia, the reform of property relations and related changes in economic legislation, which analyzes the results of political negotiations between political parties and movements, interest groups, opinion groups, ministries and governments.

The monograph is based on extensive archival research and interviews with witnesses and focuses on the following six issues related to property reform: Where did the idea of socialist property reform originate and how did it get on the agenda of post-communist Czechoslovak governments? What role did companies and their so-called self-governing bodies play in deciding on the form of ownership reform? How did the system of new privatization institutions come into being and what were the alternative proposals for its organization? When and how did the public and political actors accept the idea of privatizing state property into private hands? According to the authors of the individual reform concepts, what patterns of economic behavior should have people mastered? How did parallel disputes over the delimitation of competencies of federal and republican institutions affect the form of property reform? The book focuses on the period between the beginning of the Velvet Revolution and the end of spring 1992, when the second post-revolutionary elections and the first wave of coupon privatization took place. It presents this period as a period of intense storm of thoughts and identifies the main currents of political thought which have shaped its form. 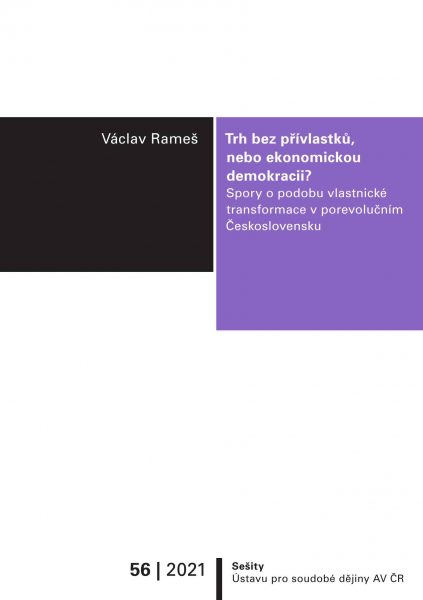 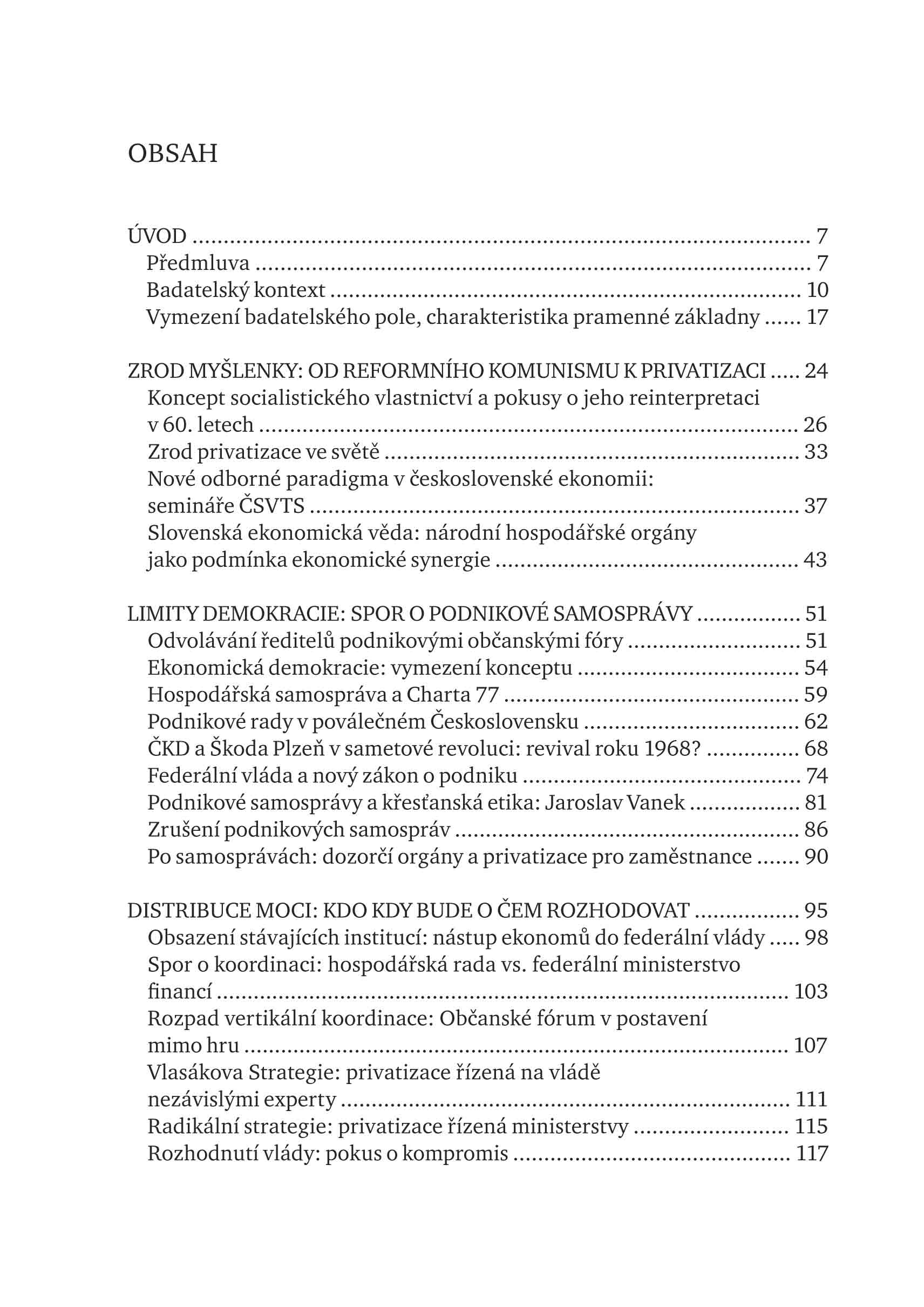 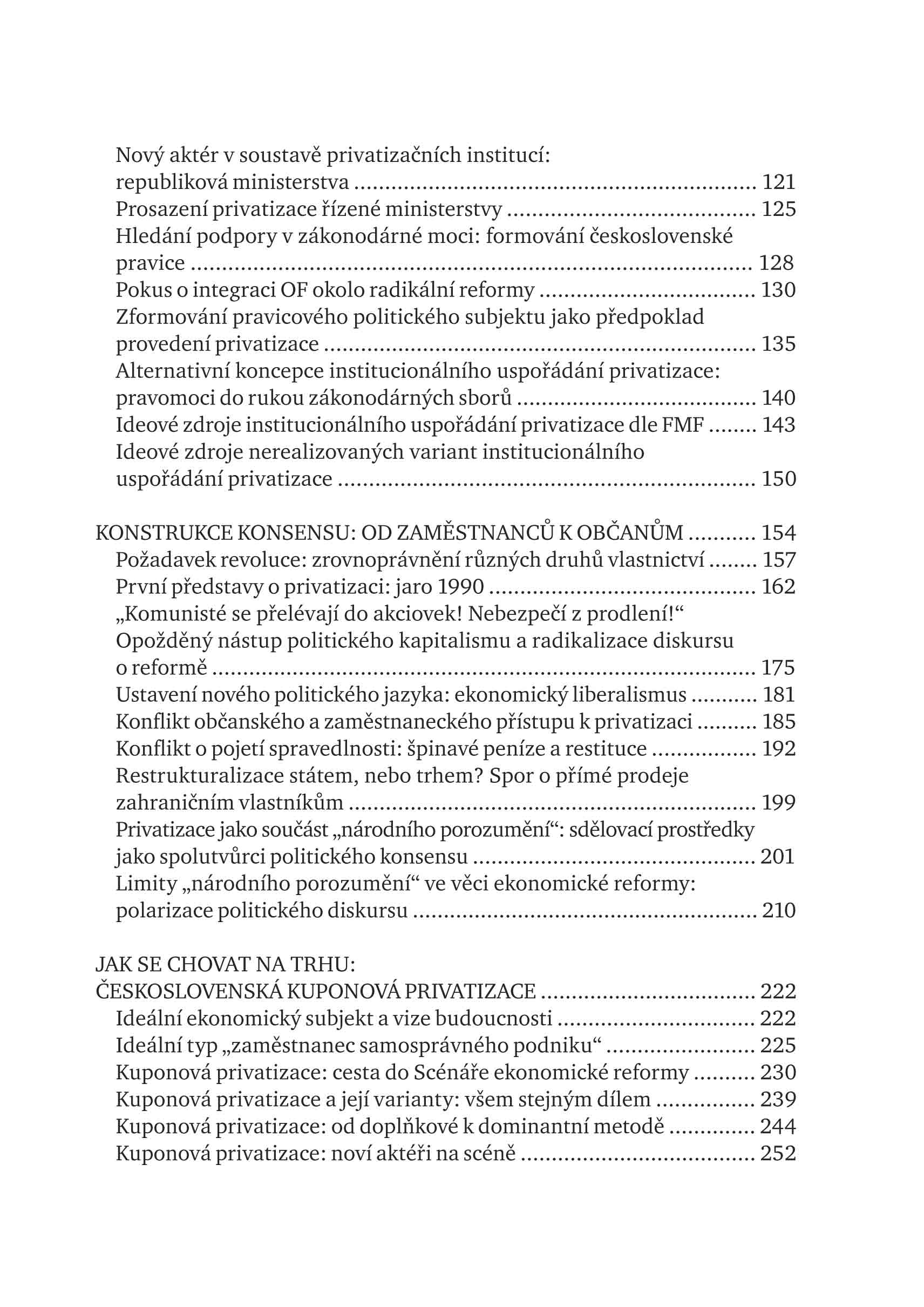 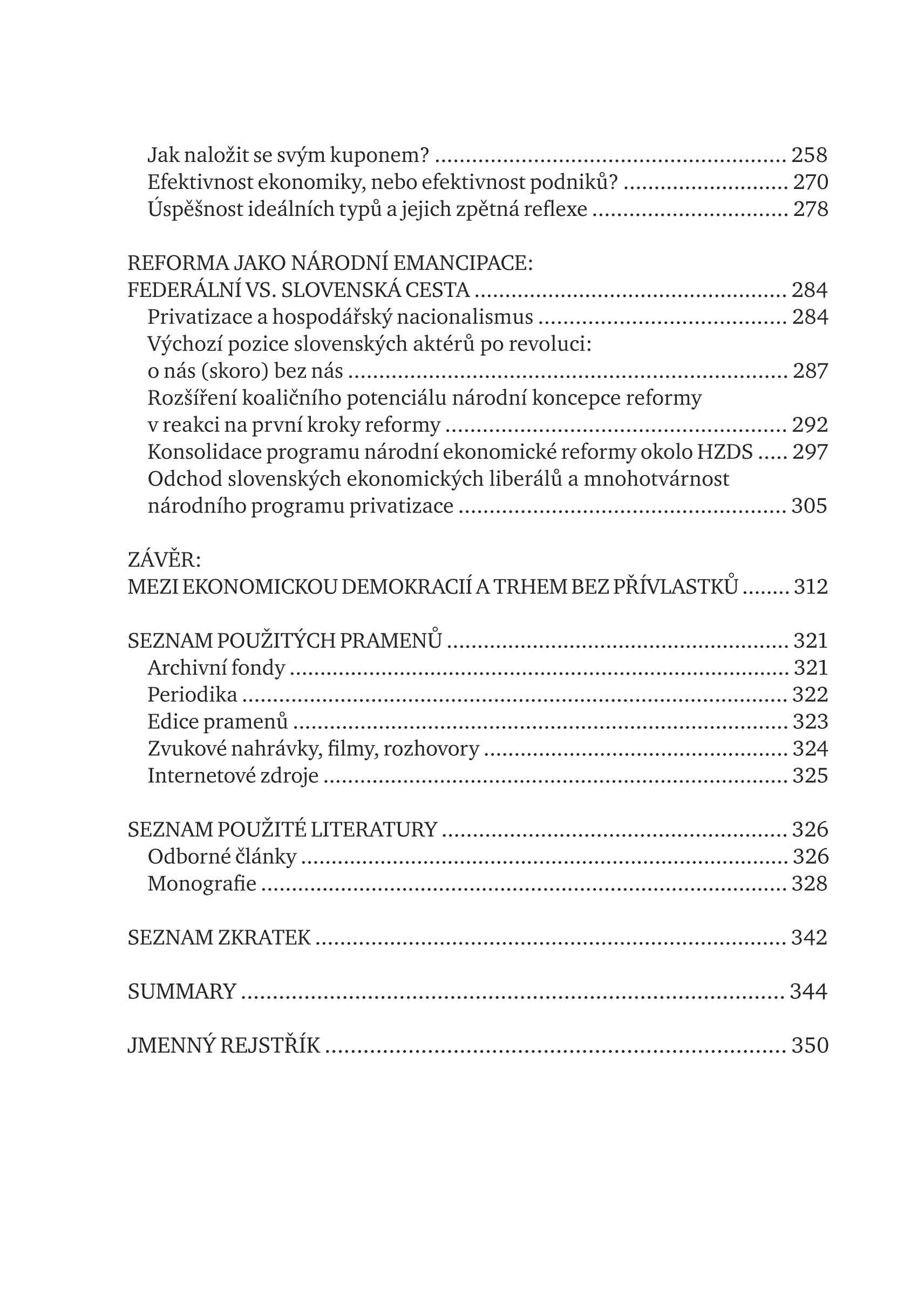