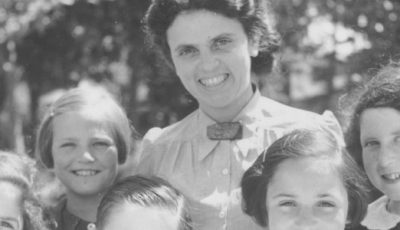 Since the 1990s, historians have sought to incorporate Jewish children’s experiences into the historiography on the Holocaust (Dwork, 1991, Stargardt, 2006), seeking out child-produced sources to write child-centered histories. Childhood as a sub-field of Holocaust studies has continued to develop, and now includes works on Jewish children’s experiences in Occupied Europe, as well as in the countries to which they fled (Michlic 2017, Gigliotti and Tempian, 2016, Cohen 2018, Ouzan 2018). However, historians have often constructed their work within local or national frameworks, remaining staunchly attached to a narrow periodization, focusing either on the war years or the postwar period. My current research, on a small group of about 300 children who fled from Central Europe to France in 1938-39, and from France to the United States in 1941-42, proposes a new reading of this history by considering children’s lives in transnational perspective, over a period of time that includes both the Holocaust and its long aftermath. By following the process through which children became refugees, I will shed light on little known child-evacuation schemes, but also question how these children, as adults, shaped the rise of contemporary Holocaust memory, as Holocaust survivors. This project thus proposes a microhistory of children’s networks, with the hope of raising larger questions of how individuals and families responded to persecution collectively, how social work practices and organizations shaped children’s lives, and how former child victims shaped the rise of Holocaust memory in Western Democracies.