CfP: The Politics of History and Memory: Actors, Tools and Narratives 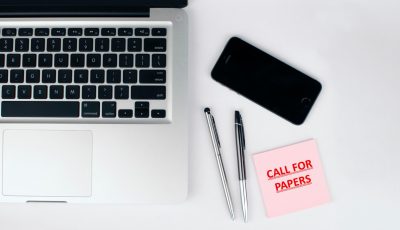 Czech Journal of Contemporary History invites authors to submit texts for the planned thematic issue 3/2022 The Politics of History and Memory: Actors, Tools and Narratives.

The gradual collapse of authoritarian regimes in Europe and Latin America in the last third of the twentieth century was naturally followed by a revision of the relationship to the past, whether communist or fascist. This process became an organic part of social liberalization and was neither conflict-free nor painless. It created a dilemma between the demand for historical truth and for the restitution of historical justice on the one hand, and the need for social stability and a basic consensus on the other. In some countries, alongside systemic transformation, it is now possible to more openly discuss not too distant grievances, injustices and guilt. In others, however, society is being confronted by repressed historical traumas, with demands for at least a symbolic atonement for past wrongs and for the memory of the former losers and victims.

The transformation of historical self-reflection after the collapse of the old regimes could first be observed in the break with legitimizing historical narratives, the expansion of sources of information and the opening of taboo topics. Subsequently, the institutional base for research, school teaching and cultural institutions was transformed. Various foreign authorities, social science approaches and memorial actors came forward with their strategies and innovations. The pantheon of national heroes and commemorations have been transformed and different, at times even contradictory, versions of the past have started competing in the public space. Such plurality, however, began to hinder some political and intellectual elites who saw it as a potential threat to their own values, goals or social integrity and began to use conformist interpretations of the past as political capital in domestic and foreign policy. If the past is the natural battleground of contemporaries, it is no longer only scholarly arguments, value preferences or lived experiences that serve as ammunition, but also power claims and tools. The recent war in Ukraine, with its propagandistic justification, demonstrates how pernicious the potential of utilitarian historical constructs and manipulations can be.

In this thematic issue of Soudobé dějiny / Czech Journal of Contemporary History we would like to conceptualize this process of changing historical self-reflection, to capture its transnational context and national specificities and to scrutinize the metanarratives that accompany it. We do not limit ourselves solely to reflections on the post-communist world, and the editors also welcome texts on the experiences of Southern European and Latin American countries. The issues covered may include, for example, the following questions: Are the changes in the institutional basis of research and commemoration comparable across borders and time? How are state-established memory institutes and museums typical in relation to the representation of the authoritarian past and what is their impact on the memory of particular societies? What ideas about this past and its legacy are promoted by relevant political actors and what tools do they use? How are historical symbols and sites of memory invoked and transformed in the contestations over the past? What is the role of historians themselves in confronting the political instrumentalization of history?

Manuscripts in English should be submitted by 15 August 2022 via https://sd.usd.cas.cz (section “for authors – submit manuscript”). Authors are also welcome to send their abstracts and drafts of their intended texts.
Indexing: Scopus, CEEOL, ERIH+
Contact: sd@usd.cas.cz

Call for Papers in PDF