Commemorating the Kindertransports 80 Years On 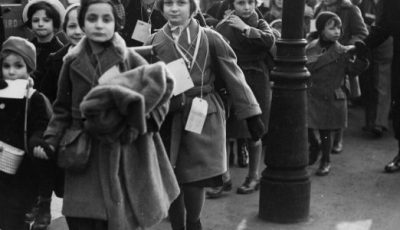 In the aftermath of the Kristallnacht pogrom, the British government, urged on by public opinion and the efforts of refugee aid groups, agreed to offer temporary refuge to unaccompanied children from Central Europe who were threatened by Nazi aggression. The effort, now known as the Kindertransports, ultimately saved 10,000 mostly Jewish children under the age of 17 from Germany, Austria, Czechoslovakia, and Poland from the Holocaust. The transports left Central Europe by train to the Netherlands, then continued on by boat to Great Britain. Eighty years later, the Kindertransports are an important example of a community of rescue, essential for enabling rescue during the Holocaust.

To commemorate the 80th anniversary of the Kindertransports, this multimedia event will combine talks from experts in the field as well video testimonies from the USC Shoah Foundation Visual History Archive. Throughout the event, there will be screenings of survivor testimonies from the Shoah Foundation collection, including the testimony of Alfred Bader. This event will be recorded and will be transformed into education material, available later for streaming online.

In English with simultaneous translation.