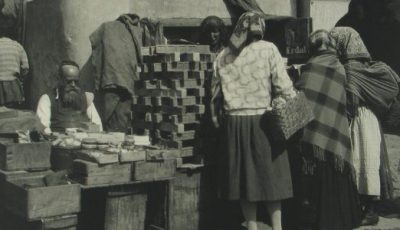 Tarnów in southern Poland has been a Polish-Jewish town for centuries. Prior to the Second World War almost 50% of the town’s inhabitants were Jewish and the remaining half were Catholics. Relations between Jews and non-Jews were a normal part of everyday life among neighbors, schoolmates, and in local politics. During the Shoah the murder of the town’s Jews took place on the streets of the town, right before the eyes of the non-Jewish neighbors. Of the 25,000 Jews who lived in Tarnów in 1939, only a mere thousand returned, and only a few hundred stayed. What happens to a town where the German occupier destroyed the Polish-Jewish Lebenswelt? The social fabric changed dramatically since 1939 and the local community became an occupied society. The antisemitism that arose in the town in the late 1930s intertwined with German anti-Jewish policies in many ways. Due to the proximity of violence, non-Jewish Poles were implicated in the Shoah. On the other hand, we must also ask which local networks proved to be resilient, what friendships turned out to be lifesaving, and what contacts proved to be dangerous? Finally, what happened to the town when the German occupier left in January 1945 and half of its population – the Jewish part – was gone? This talk retraces the everyday life of a Polish Jewish town, bridging the caesuras of World War Two in order to retrace the continuities within the upheavals and to reiterate individual life stories.