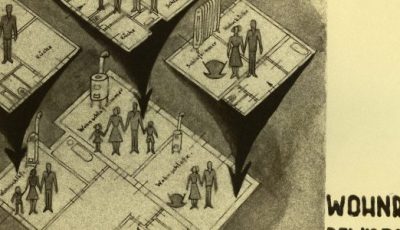 Solving the Housing Crisis: The Eviction and Resettlement of Jews in the Protectorate of Bohemia and Moravia, 1939–1942

By the time the Jews of Bohemia and Moravia boarded transport trains for the Nazi ghettos in Theresienstadt and occupied Eastern Europe, many, if not most, of them had already been forced to leave their homes and even their home towns. Starting with flight from the occupied Sudetenland in the fall of 1938, the region’s Jews frequently and repeatedly moved over the following half decade. Sometimes they did so voluntarily in an attempt to facilitate emigration or to escape areas with particularly intense persecution. Increasingly, however, Jews found themselves subjected to orders of eviction and resettlement that aimed to make buildings, districts, and even whole towns /Judenfrei /in the name of Nazi policy and to address an alleged “housing crisis.” Scholars have focused on the seizure of the most valuable properties and their redistribution to Germans, but the proponents and beneficiaries of evictions and resettlement throughout the Protectorate included far more than just the occupiers. For the victims, forced migration contributed to their impoverishment and their isolation and, thus, to their ultimate deportation from the Protectorate altogether.