Airing Dirty Laundry in Public? Postwar Retribution Trials and the Jewish Community in Bohemia and Moravia 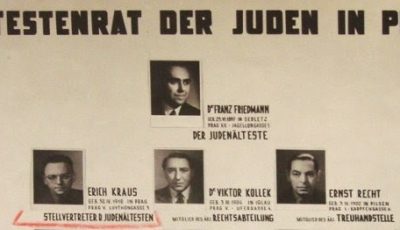 Shortly after the end of the war, European societies attempted to come to terms with the legacies of the genocides committed by Nazi Germany with the help of local collaborators. Judicial retribution played a key role in this societal reconciliation. Among those accused of previous collaboration was also a relatively small group of those considered Jewish or Roma by the Nazi regime. Former members of the Jewish self-administration and the so-called privileged camp prisoners faced a long list of allegations coming from their communities as well as the state prosecutors. The lecture will analyse selected retribution trials and show how the reconstituted minority societies coped with the cases of alleged collaborators among their midst.