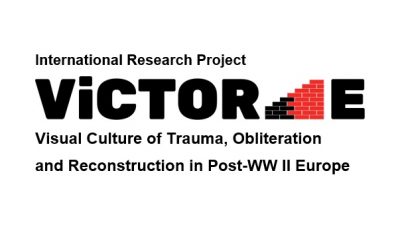 Migrating Archives of Reality: Programming, Curating, and the Appropriation of Non-fiction Film (Online conference, 6/7 May 2021)

The digital turn, which has created new modes of access and circulation for films, underscores and amplifies what has been the fate of non-fiction film since the beginning of its existence – it has always been, and continues to be, a migrating archive of reality. While non-fiction films featured prominently in early cinema programs, the ascendancy of the feature-length fiction film as the dominant format of distribution and exhibition since the 1910s has rendered the position of nonfiction film in mainstream movie theatres contested and malleable, both restricted and supported by various legislative measures. At the same time, an intensive international circulation of non-fiction films developed beyond the cinema, through the exchange of newsreel shots, the exhibition of non-fiction films in circuits of alternative/nontheatrical distribution (notably educational, etc.), and later at festivals. Non-fiction footage also found its place in both documentaries and fiction films, etc. Driven by the massive digitization of cultural heritage and possibilities of content sharing platforms and new streaming services, which enable non-fiction film content to constantly migrate across venues, platforms, but also cultures, geopolitical barriers, artworks etc., these movements intensified in the digital media ecology.

As they increasingly appear in (but also often disappear again from) online archives, channels, virtual exhibitions, social media, YouTube etc., non-fiction films can be easily appropriated by artists, fans, and memory communities. The push towards mass digitization and public access to historical materials offers new avenues for decanonization and decolonization. As the established power differentials between official and private collections change, works and topics which were hitherto barred from view or even forbidden can now become visible. However, practices of digitization, online programming, digital curation, appropriation (including colorization of black and white archival footage), and sharing, open up new spaces and layers of meaning. However, they also alter and sometimes overwrite the original or historical meaning of non-fiction films, with significant epistemic, political, and ethical consequences. In particular, the new modes of digital access carry the danger of misuses or misunderstandings of the historical content (and in some cases also of the form, aesthetics, and the materiality of films) of non-fiction film in particular. Thus, the digital circulation of non-fiction films contributes to both the consolidation and the disintegration of public spaces for debate, and as such, it calls for responsible and sustainable curatorial practices based on thorough contextualization.

The conference strives to address these challenges, taking into account the diverse views of (media and film) historians, archivists, (digital) curators, and artists, who could comment on issues of programming, curation and appropriation (especially archival) of non-fiction film in history and today.

Schedule: Deadline for abstracts: February 1, 2021, acceptance announcement February 19, 2021. Participants will be asked to send a 10-15 min. video of their presentation by April 9, 2021. The presentations will be published on a special conference website on April 22, 2021, and there will be an interactive discussion of the individual panels via the zoom platform according to the program on the days of the conference. This discussion will be attended by panelists, pre-established respondents and a registered audience.

The conference is organized as a part of the research project Visual Culture of Trauma, Obliteration, and Reconstruction in Post WW II Europe (www.victor-e.eu).

The project VICTOR-E is financially supported by the HERA Joint Research Programme (www.heranet.info) which is co-funded by BMBF via DLR-PT, CAS, ANR, MIUR and the European Commission through Horizon 2020.