Religion in the Mirror of Law. Eastern European Perspectives from the Early Modern Period to 1939

This volume comprises essays on religious affiliation in the theory of law, political constitutions, and the reality of law in eastern Europe. How did parliaments, religious communities, scholars, and writers imagine an ethnically and religiously heterogeneous society? How did changes in power affect the life and institutions of the various religious communities there? On which levels did religious law, enlightened reason, and state law compete against each other? How was ethnic and religious coexistence conceived theoretically and enacted locally? The contributions to this volume, adapted from papers given at an international conference in Lviv, discuss these questions from the perspectives of historiography, anthropology, jurisprudence, and literary studies. 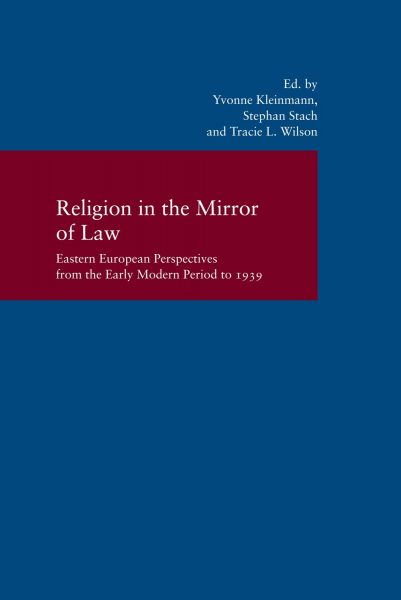 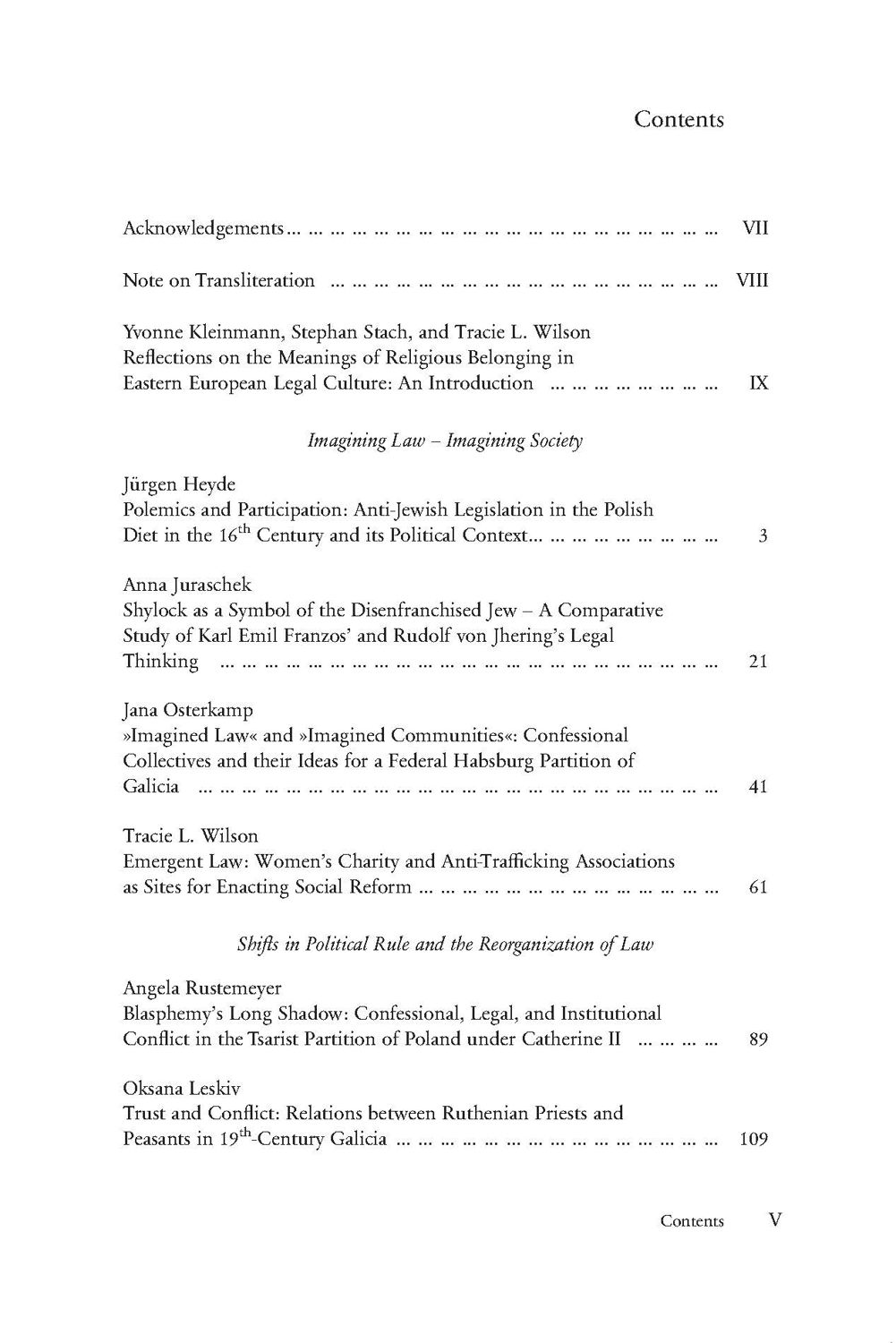 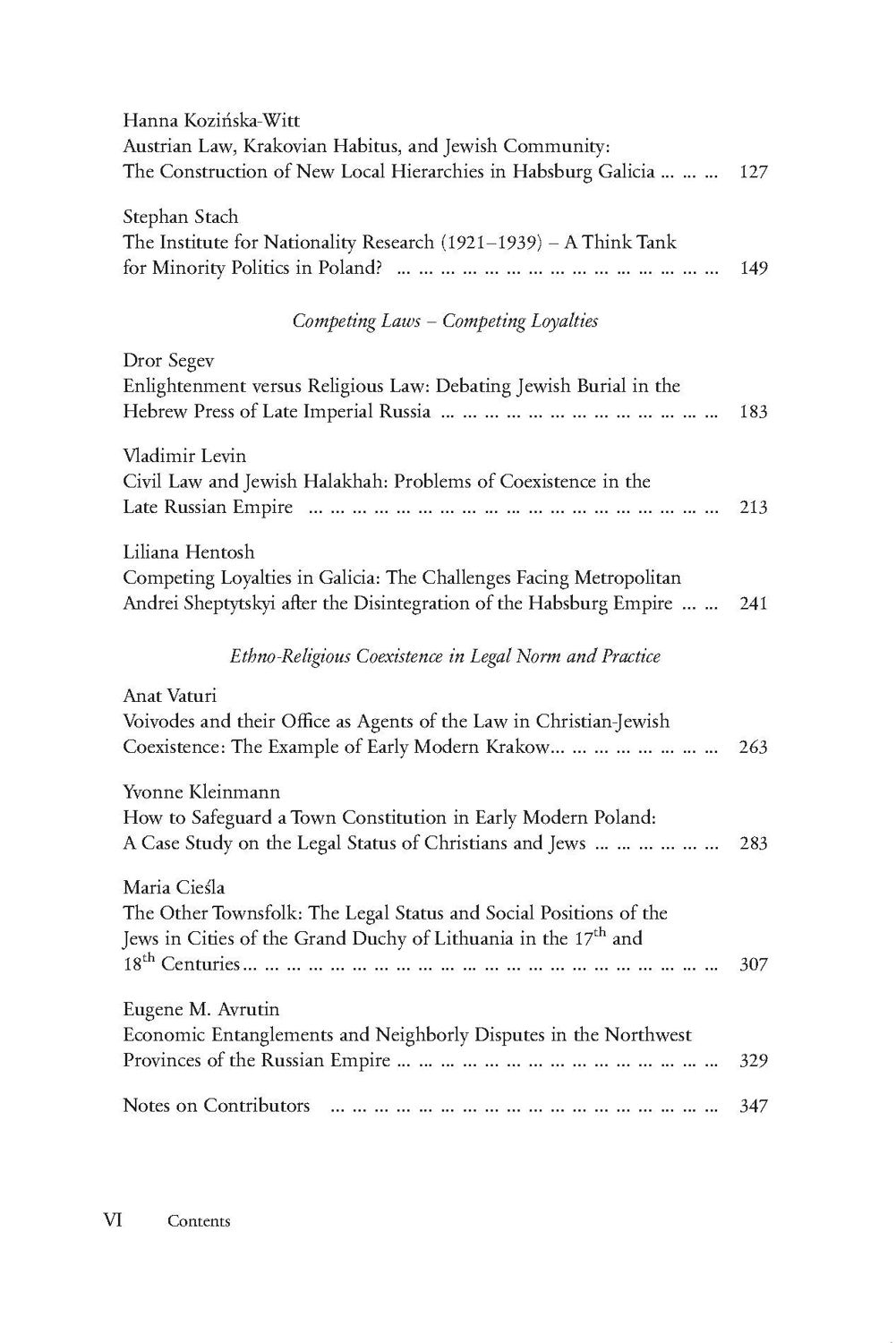